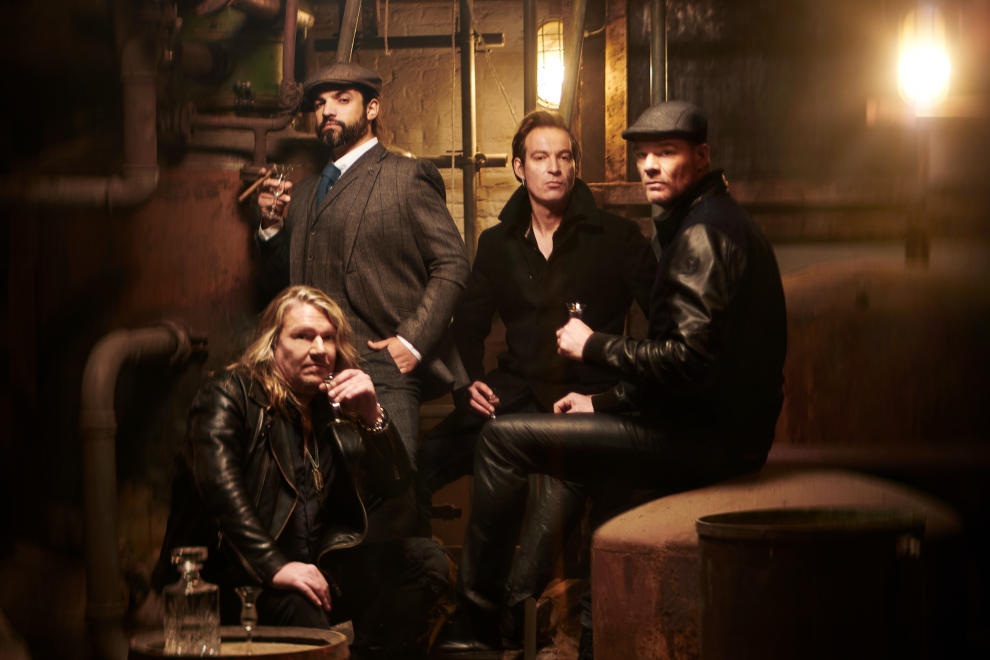 It was in 2017 that Menno Gootjes approached Henry McIlveen with some ideas for a metal/rock album. As they previously worked together successfully in Threnody it was like a coming home to start writing together again. Even though this new project seemed far away from the pioneering progressive metal they made with Threnody it was experimental in every way. With the passing of every session slowly the focus of the project started to shift in a more rock-oriented approach. It was time to find some vocals!

End of 2018 Daniël de Jongh joined the team. Daniël past experience with progressive metal heroes Textures and other rock projects gave him a fitting profile for where the music was leading.

The road to completion was a long one. Menno’s engagements with the progressive rock veterans of Focus kept him on the road for extended periods. It wasn’t until end of 2019 that Martijn Spierenburg joined the band. The sound needed something more and Martijn’s experience with the hit scoring symphonic metal band Within Temptation gave that much extra. We had a line-up!

The finalising of tracks has started, and there are many of them. The first tracks of these will be released by the end of 2020.

This website uses cookies to improve your experience while you navigate through the website. Out of these, the cookies that are categorized as necessary are stored on your browser as they are essential for the working of basic functionalities of the website. We also use third-party cookies that help us analyze and understand how you use this website. These cookies will be stored in your browser only with your consent. You also have the option to opt-out of these cookies. But opting out of some of these cookies may affect your browsing experience.
Necessary Always Enabled
Necessary cookies are absolutely essential for the website to function properly. These cookies ensure basic functionalities and security features of the website, anonymously.
Functional
Functional cookies help to perform certain functionalities like sharing the content of the website on social media platforms, collect feedbacks, and other third-party features.
Performance
Performance cookies are used to understand and analyze the key performance indexes of the website which helps in delivering a better user experience for the visitors.
Analytics
Analytical cookies are used to understand how visitors interact with the website. These cookies help provide information on metrics the number of visitors, bounce rate, traffic source, etc.
Advertisement
Advertisement cookies are used to provide visitors with relevant ads and marketing campaigns. These cookies track visitors across websites and collect information to provide customized ads.
Others
Other uncategorized cookies are those that are being analyzed and have not been classified into a category as yet.
SAVE & ACCEPT
Powered by